St. Nicholas, Rodmersham has a ring of six bells and a local band to ring them. The oldest bell dates from the late 14th Century, with the other bells having been cast in the 17th and 19th Centuries.

In 1961 the bells were again re-hung, but keeping the old frame,  by Mears & Stainbank. There was a break in ringing from 1988 to 1992 while work was carried out on the stonework of the tower. Happily, the bells now ring out again!

Details of the bells and their inscriptions are as follows:- 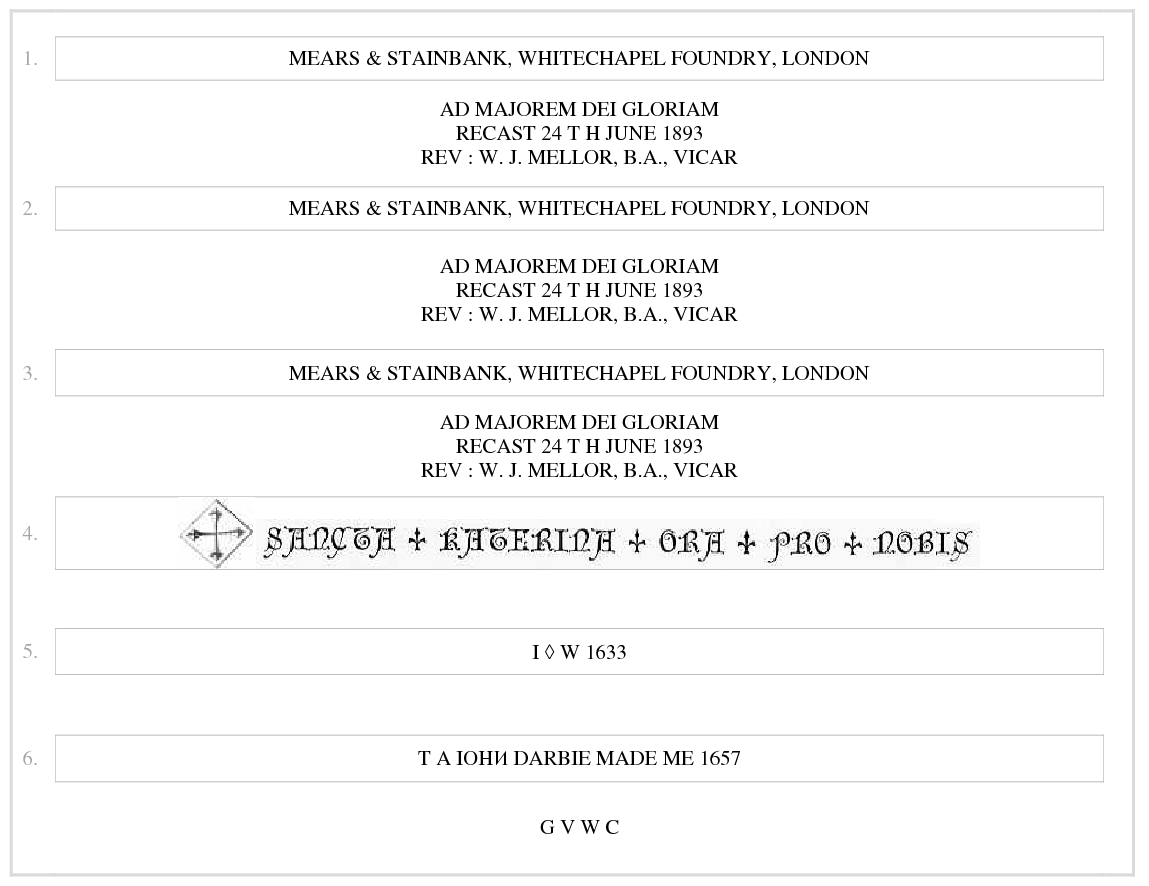