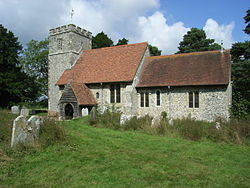 The church is dedicated to St Giles. It was first mentioned in the Domesday Book (where Wormshill is named as Godeshill rather than Woden’s hill) and some have suggested a Saxon date for the Nave. The north aisle and north chancel were added in the late 12th Century and the tower is 13th Century. The main east window still contains its original 14th Century glass in the upper spandrels – a beautiful depiction of the Coronation of the Virgin. 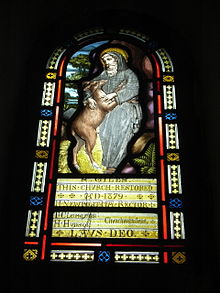 The organ is an 18th century chamber organ, which came from a church in Brighton.

The only surviving 18th Century bell was augmented with bells from the other churches in the late 1980s and early 1900s to create a peal of six bells (the lightest in Kent).

In 2007, Wormshill church featured in an episode of ‘East Enders’.